The Flanagan Community park District No. 1 was organized by a vote of the district residents in 1968 and Eldon Zimmerman served as the first president of the elected Board of Commissioners. The district consists of all sections in Nebraska Township, sections one through twelve in Waldo Township, and the portion of Long Point Township which is in the Flanagan School District.

The Early Projects of the Park District Board was to assist in the financing of the summer recreation program, the purchase of play equipment at the park, and the building of a park picnic shelter. The Park District also financed the construction of two tennis courts on the school property.

In 1974 Mr. & Mrs. Robert M. Cullen, residents of Flanagan, donated approximately $500,000 to the Board of Commissioners for construction of an indoor swimming facility and a pool committee was formed to assist the Park District Board in planning the facility.

The Park District purchased an acre of land from the school district and the pool facility was attached to the existing school structure. Following a year of construction the pool was dedicated as Flanagan Memorial Pool. An open house was held on Sunday, July 18th 1976.

During the summer of 1979, Mr. & Mrs. Robert M. Cullen presented the board an additional $30,000 gift and suggested that ceramic tile be added to the pool buildings walls, the pool perimeter flooring, and the shower walls and floors. This project helped to beautify the facility and improved the maintenance of the pool area.

As both young and old continue to use the public facility, Flanagan residents will be forever grateful to Mr. & Mrs. Robert M. Cullen for making a small town dream come true.

“This pool wouldn’t be here without them.” 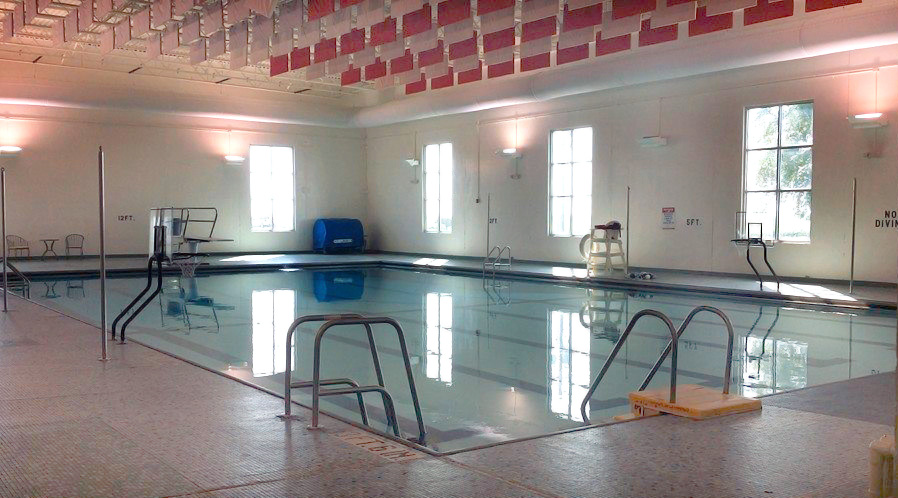